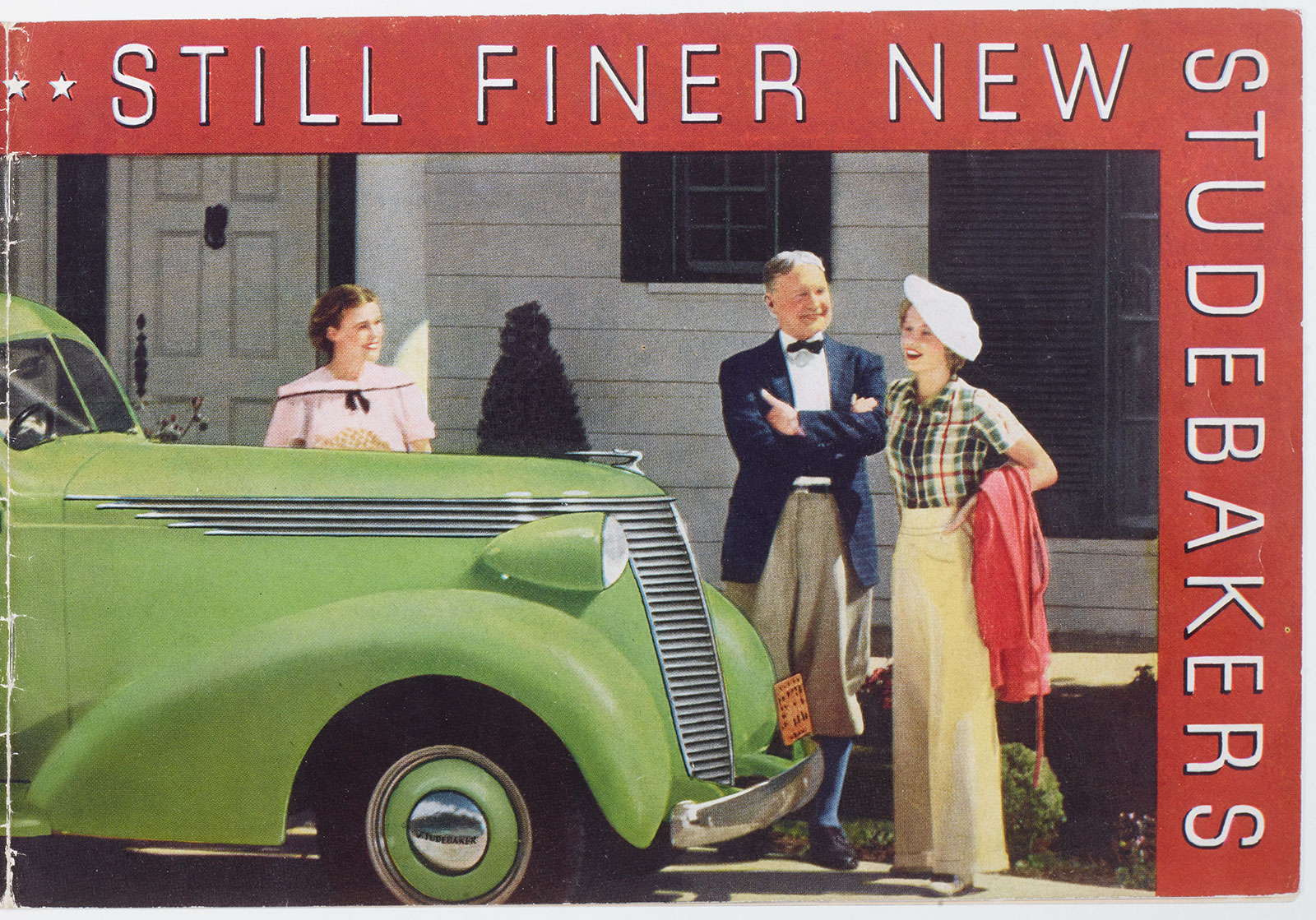 In the 1930s, the Studebaker Corporation was struggling to stay afloat. The severity of the Great Depression forced many automobile manufacturers out of business, leaving only a handful of larger producers. Studebaker, a mid-sized producer that couldn't compete with the bargain prices offered by Ford and General Motors, came up with an unexpected strategy to help it successfully emerge from the Depression—hiring a woman design consultant.

Helen Dryden, a New York artist and tastemaker (we might call her an influencer nowadays), was Studebaker's choice to help create and market automobiles that were priced just low enough to be affordable yet maintained a sense of luxury. Dryden had already built a successful career as a prolific magazine illustrator, fashion designer, and self-described "industrial artist," and was looked to as an expert on all things stylish and modern.

This brochure includes the President, a Studebaker model promoted as redesigned by Helen Dryden in a campaign launched in 1936. Though vague language such as "inspired" or "styled by" in these advertisements leaves the full extent of Dryden's involvement ambiguous, a statement by Studebaker in the trade journal Professional Engineer read, "Exterior styling, interior hardware, upholstery, trim, instrument board, everything that has to do with beauty, appearance and comfort in the Studebaker President of 1936 is the handiwork of Miss Dryden." Contemporary testimonials and Dryden's previous experience designing automobile hardware reinforce her contribution as far more than a marketing gimmick.

After her employment with Studebaker ended, Dryden continued to work on an array of projects until suddenly disappearing from the public eye in the early 1940s. Despite the fact that she was considered the highest-paid woman artist in the U.S. at the time and one of the first woman industrial designers, she lived the latter part of her life in relative obscurity and poverty. Though the history of industrial design has been largely dominated by white men, many women and marginalized groups were actively working in the field and making important contributions, as evidenced by many sources in our collection.