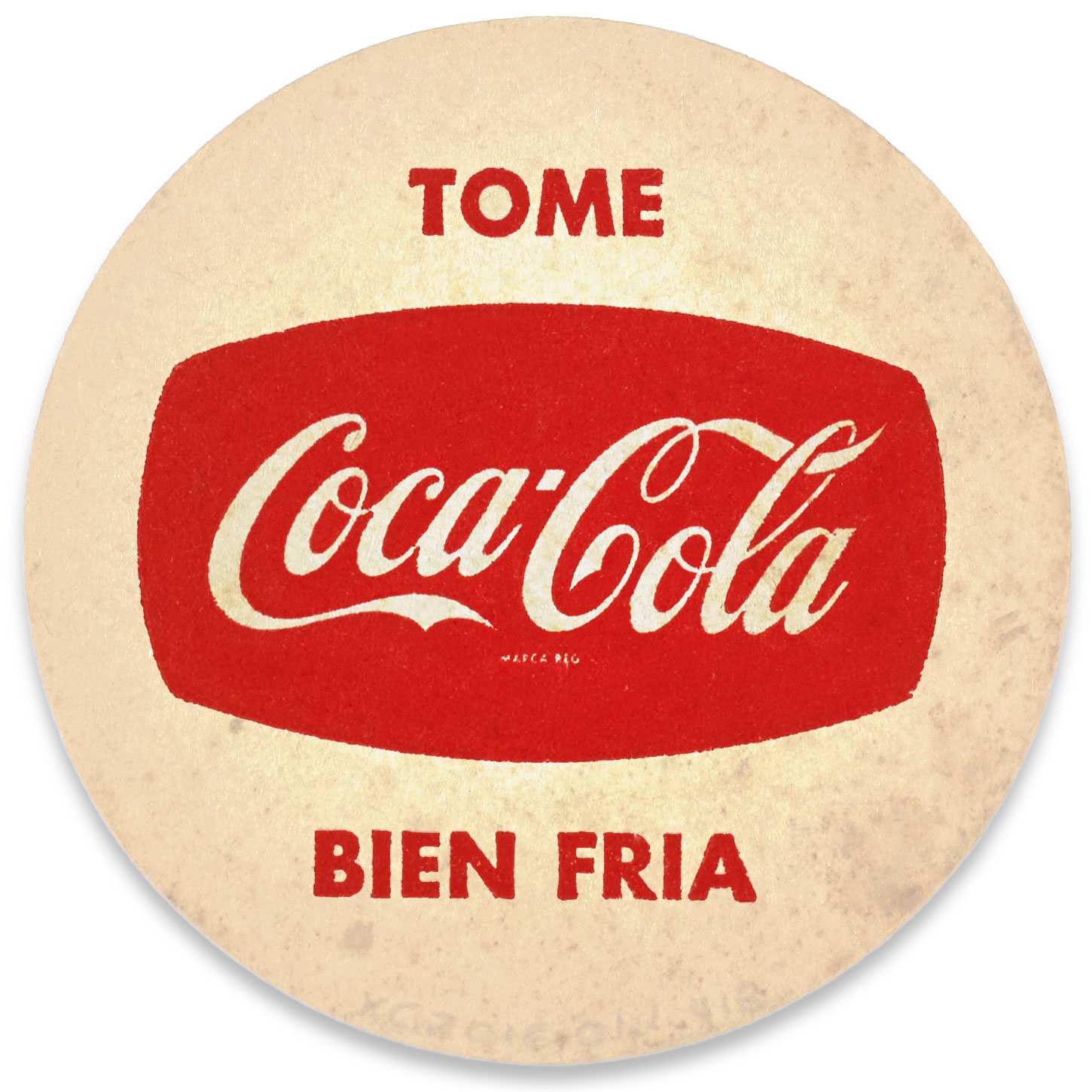 This 1950s cardboard coaster, one of 2,600 pieces of Cuban ephemera generously gifted to the museum by donor Vicki Gold Levi, was a part of Coca-Cola's advertising arsenal as it fought for a slice of the Cuban market. Alongside rivals such as Pepsi-Co, the American company used coasters like this—as well as posters and neon signs—as promotional tools for drumming up attention and sales in the soda counters and busy streets of Havana.

In 1906, Cuba became one of the first countries, along with Panama and Canada, to bottle Coca-Cola outside of the United States. Over the course of the company's 54 years in Cuba, the island nation proved to be a massive revenue generator, so much so that the Coca-Cola Company developed several Spanish-language slogans: "Tome Coca-Cola Bien Fría" (Drink Coca-Cola Well Chilled), which is printed on this Wolfsonian collection coaster, "Lo Que Quieres Es Una Coca-Cola" (What You Want Is Coke), and "Coca-Cola Te Refresca Mejor" (Coca-Cola Is More Refreshing).

When Coca-Cola's Cuban operations became nationalized in 1960, almost one year after Fidel Castro assumed power, the company's assets on the island were valued at $17 million and spread over several operating plants and offices in Artemisia, Matanzas, Santa Clara, Camagüey, Santiago de Cuba, and Havana. Following their seizure by the Communist regime, Coca-Cola filed a lawsuit to cover the losses, estimating that 48 million bottles of Coca-Cola were currently in Cuban bottling plants, wholesalers, and stores. The U.S. Foreign Claims Commission balked at the number, and Coca-Cola ultimately agreed to a settlement that covered only 36.8 million bottles, worth just over $6 million.