What Museums Mean to Us

Sitting in the staff break room (back when we could spend time together in a small room breathing the same air), conversation often turned to jobs we'd had before working for The Wolfsonian. It's an interesting topic, because our staff have come from a wide range of personal and professional backgrounds only to wind up at the same small design museum in Miami Beach.

But this is true of the museum field in general. Visitors enter through our doors for all sorts of reasons—wanting to see a specific work of art or show support for their community arts organizations, being drawn to a particular public program or educational opportunity, or occasionally just wandering in off the street in pursuit of a few hours of air conditioning. Museum professionals are similar: we work at the same institution, but we have had a whole host of motivating moments and "eureka!" experiences that have brought us where we are today.

In the spirit of the Wolfsonian staff break room, and in honor of the building and museum community we miss so much, we thought we'd share some of those stories here. From the front desk to the woodshop to the library, these are just a few of our colleagues' early encounters with museums and the origins of what many of us consider a true calling.

"The seeds of my desire to work at a museum were planted in my childhood. Around 1996, I started hearing about this museum called the Historical Museum of Southern Florida, now known as HistoryMiami. Given my interest in history, I wanted to check it out. So one day I went and was fascinated by what I saw, especially items that I had seen on public access television shows and movies.

I remember going to the permanent exhibition on the second floor and viewing sections dedicated to the Tequesta Indians, Spanish Florida, the early days of Miami, etc. I saw some of these items on a documentary that they showed back in the day—probably still do—called Our Miami, The Magic City. In the movie was this old song, Moon Over Miami, which played in the exhibition as well. The whole experience resonated with me and fed the love for history I still have today." 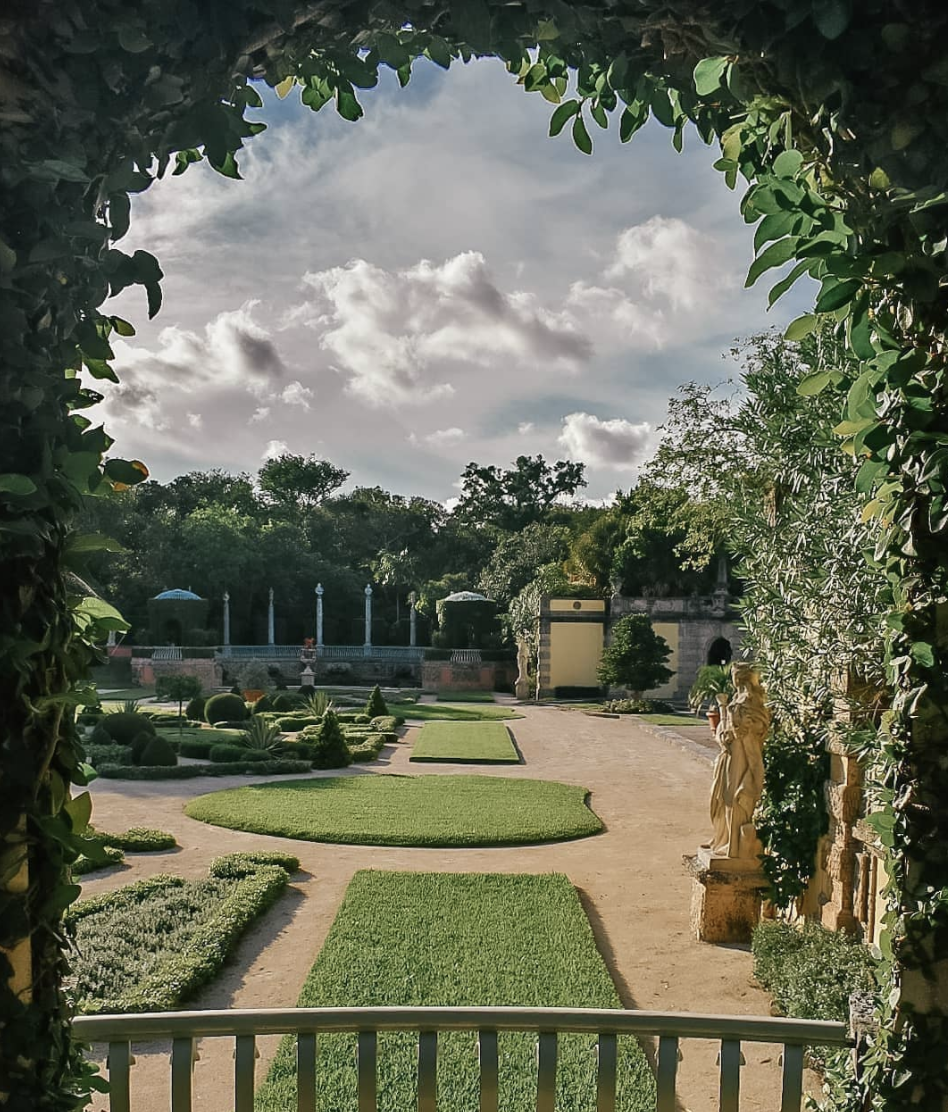 "My love for the arts is in my roots. My father studied fine arts in the San Alejandro Academy in Havana, Cuba, and after 25 years, his paintings and ceramic pieces belong to various private collections around the world. His passion for art has inspired me my whole life, but having an amazing middle school art teacher is what led me to work in museums. Mrs. Alice Goldhagen took us to a new museum every few months: I got to sit on Collins Avenue and draw Art Deco buildings, walk through the Holocaust Museum where my heartstrings were pulled, and visit Vizcaya's gardens, where I even took a photo in one of the currently closed grottos. I didn't know how I would do it, but it gave me the tools I needed to imagine working in a museum where I could share with others the wonder of history and art."

"My third-grade English class was taken once a week to the media library to enjoy an hour of reading. There weren't enough Harry Potter books to go around, so after some rummaging I came across Mike Venezia's biographies, The World's Greatest Artists. Curious by his cartoon illustrations that accompanied full-color reproductions of some of art history's masterworks, I inadvertently developed an appetite for learning about artists and in turn history, all because I liked my books with some pictures in them. This has carried through a degree in art history and now work in the museum. While art and objects can be appreciated on their own, access to context and other insights really makes things come alive—an experience I look to continue amplifying for others." 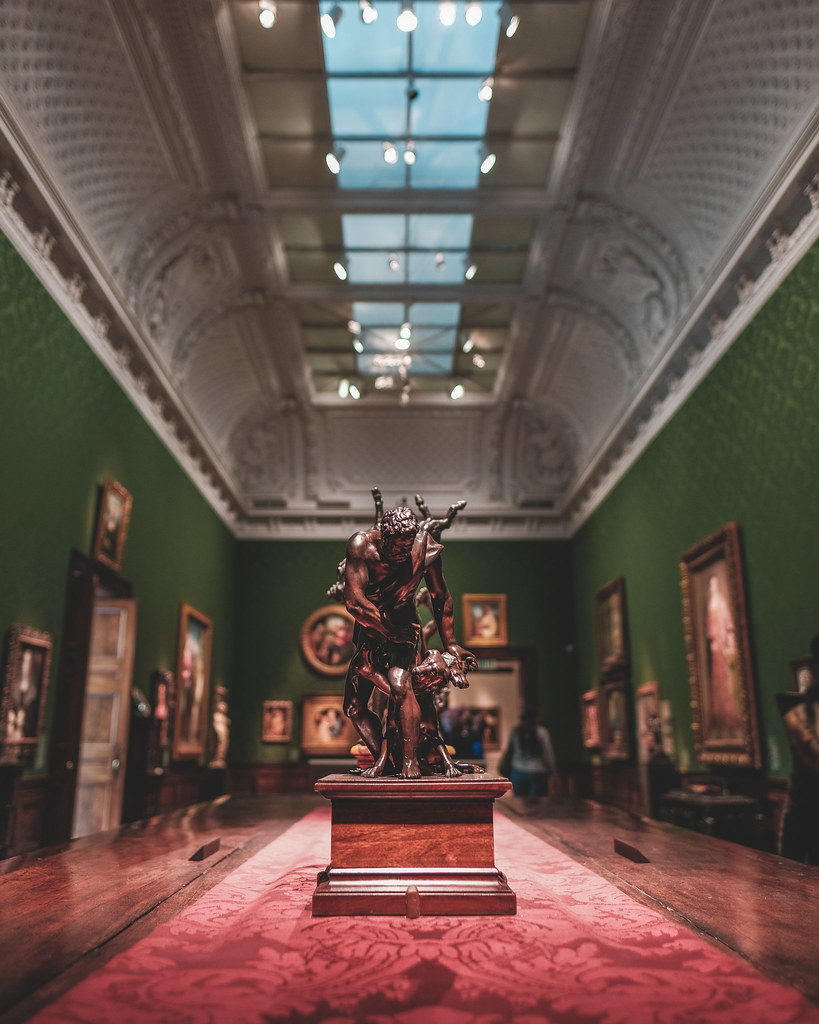 "At the end of an enormous family reunion, my aunts and uncles and I killed some time before our flights home by visiting the Walters Art Museum. One uncle had left the U.S. as a teenager to join a yeshiva in Israel, and this was his first visit back in 40 years. A member of a Haredi Jewish farming community, he had spent decades away from secular society and probably hadn't been to a museum since the 1960s. We spent two hours exploring the Walters, and eventually found ourselves in front of a piece of heavily detailed 18th-century European furniture (perhaps a writing desk? I can't recall). While my uncle knew very little of the history of the objects, he worked as a carpenter and was struck by the craftsmanship of the desk. We discussed marquetry, lathe-turning, hand carving; all techniques he understood through his own experience building furniture with his own two hands. I was struck then by the power of museums—that an object made centuries before could become a conduit for understanding and communication." 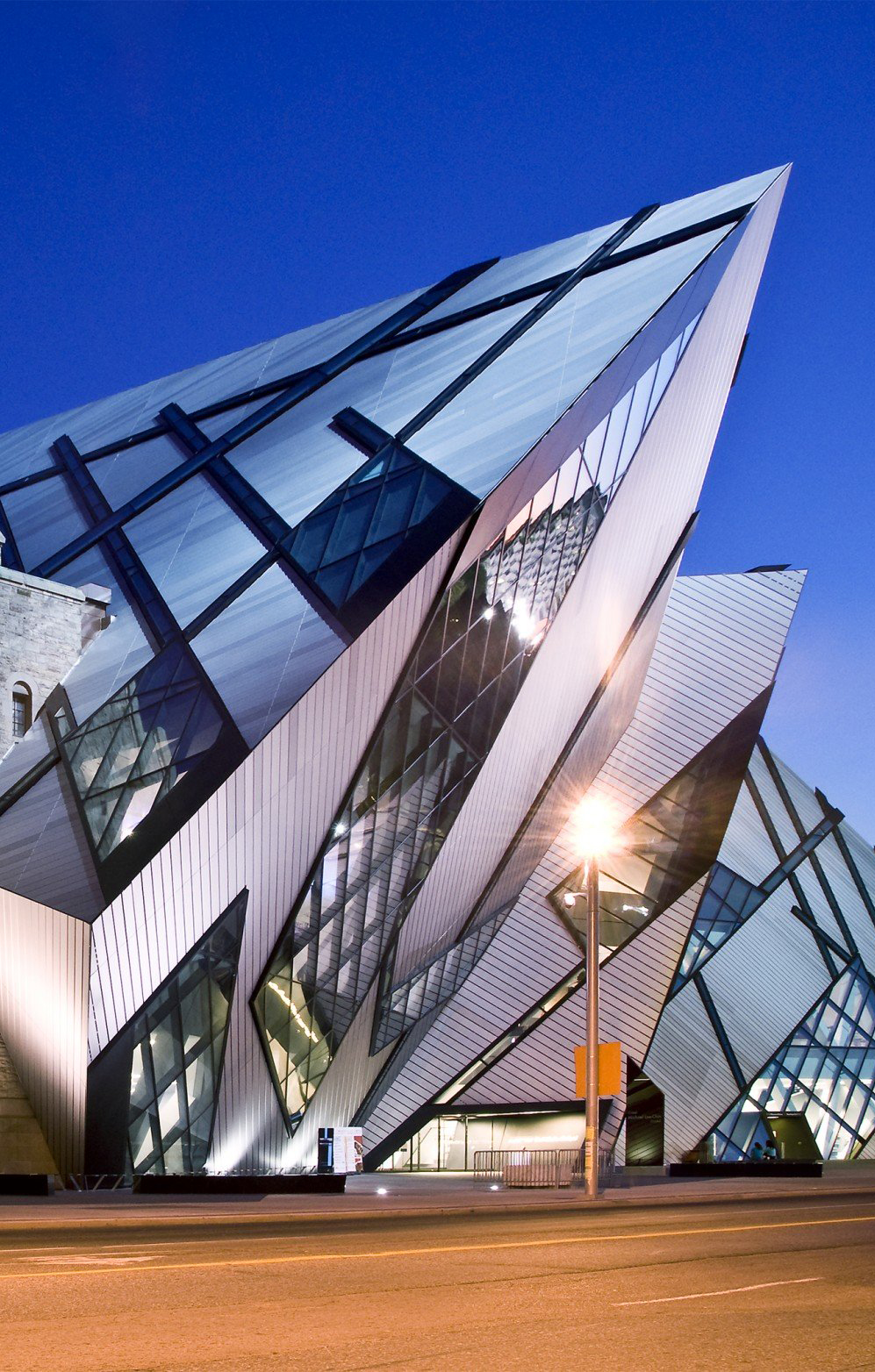 "In the early 1950s, there was a little boy whose father would take him to the Royal Ontario Museum (ROM) in Toronto. The ROM is world-renowned for its collections, including spectacular displays of dinosaur fossils, Egyptian mummies, and rare antiquities. Hand in hand, the father and son would walk quietly together from one silent, dimly lit gallery to the next, stopping frequently for the father to peer closely at pieces that caught his eye. He would lift the boy above a case and point out the special features of his favorites. Although the boy treasured those rare one-on-one occasions with his dad, viewing room upon room filled with old pots was understandably for the child tedious at best. But the lad also knew his father always had an ace up his sleeve, the promise of a special reward for patience. And after a while, as pledged, together they would visit the monster dinosaurs and later share that special treat, ice cream!

The little boy went on to a career in museum work, including photographing dinosaur fossils and all manner of wonderful subjects. Not surprisingly, he has also developed quite a fondness for Chinese porcelains . . . especially those brimming with ice cream."

"I dropped out of college after my first semester because I really didn't like the career I thought was meant for me. I started searching alternatives. Chemical engineering seemed too geeky, art would mean ending up as an elementary teacher, and archaeology would keep me poor (hey, don't judge me. I was 18 years old). But I started researching programs for all those. While looking for the archaeology school through the yellow pages (I am old, I know), I found the conservation school right below it. I had no idea it existed! I looked up the curriculum and immediately fell in love. It had chemistry, art, history, and many other awesome things involved. I could be geeky, but at the same time enjoy the Indiana Jones adventures (remember, I was young). It was, and still is, the perfect fit for me. So I can say for sure, I found my career in the yellow pages." 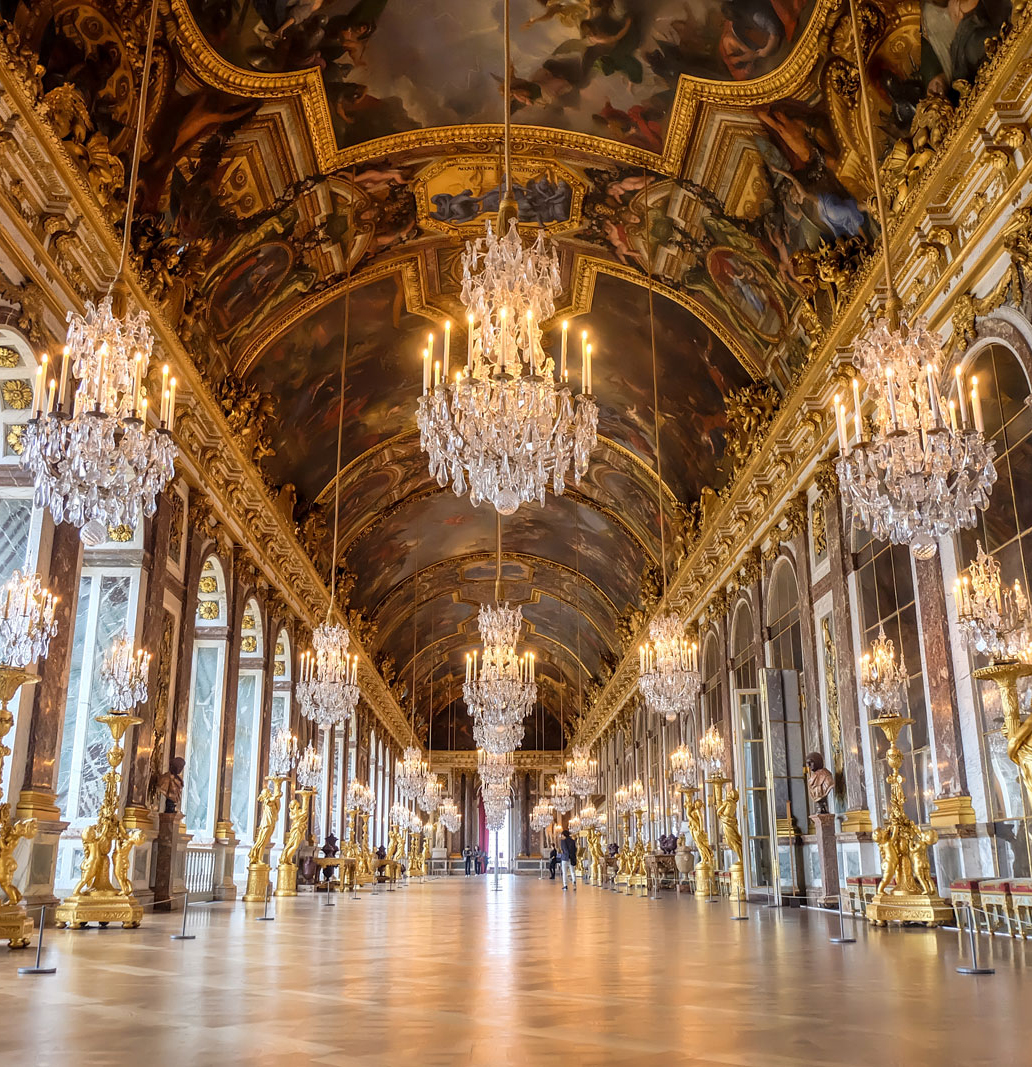 "During my freshman year at UM, I had enrolled in a History of Modern Europe course not really knowing what to expect. To my surprise, it easily became my favorite. The summer before, I had traveled through Europe with my family and had visited many of the places we discussed in class. The real-life connection and memories I had of those sites thrilled me—Versailles was a tangible place whose halls I had walked and gardens I had explored. My visit to the British museum made the weeks we spent studying the Enlightenment so much more interesting, since I had actually seen objects at the museum that were a product of the intellectual movement. Exposure to the places and ideas we were learning about gave me a deeper understanding in a way a textbook or pop quiz couldn't."

"Looking back, I can blame it all on my parents. Growing up we did go to many science and history museums in Miami and on vacations, but I can blame my love of art history on my parents' copy of Janson's History of Art that they had used in college. Even with most of the images being in black and white, I spent many hours looking through it; in fact, I still have it. If that doesn't prove I was destined to study art history, when it came time to pick a topic for my 6th-grade research paper (the first real research paper I was ever assigned), I picked the differences between Romanesque and Gothic cathedrals. I doubt that many of my fellow 12-year-old students even knew that there were such things as Romanesque or Gothic cathedrals."

"I was fortunate to be studying at the Cranbrook Academy of Art during the period that they were preparing an exhibition, Design in America: The Cranbrook Vision, that was to open at the Metropolitan Museum of Art in New York. The museum staff at Cranbrook had enlisted students to help prepare the objects that were to be included in the exhibition. I remember being involved in preparing and packing so many great icons of modern design, like the prototype Eames Lounge Chair, Eero Saarinen's model for the Dulles Airport Terminal, a fantastic brass necklace by Harry Bertoia. It was fun and I was so glad that they let us be involved. Shortly after that, some fellow students and I drove a truck to Manhattan to deliver a smaller satellite show to the Knoll Showroom. We were able to see the exhibition at the Met, and there was something about seeing it so beautifully installed that made me realize I can be a part of this." 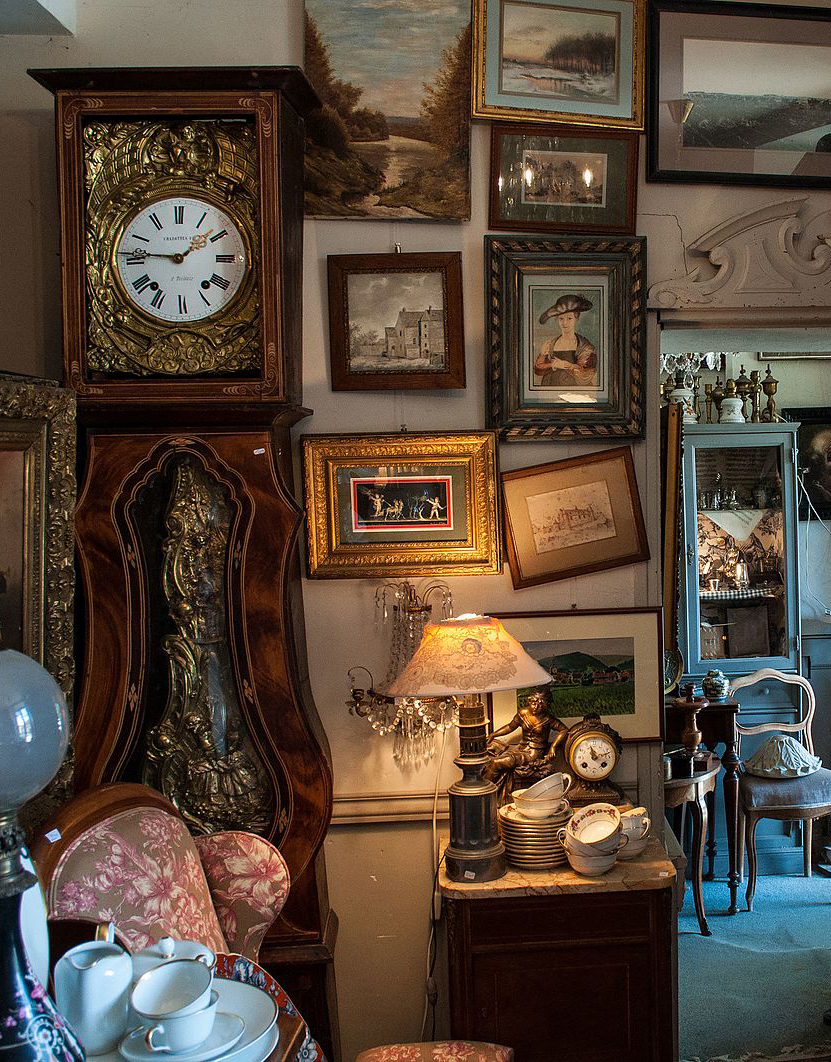 "While I was working on my BFA in painting at SCAD, I took a museum studies elective on a whim. One of the class projects involved a collaboration with a local historic house that was considering opening to the public as museum. The home had belonged to an antiques dealer, and the basement was packed with old, dusty collections. Sorting through all these things was unexpectedly magical. I loved getting to physically handle objects, thinking about the stories behind everything, and making organizational sense of it all. The connections I could make to history and people felt excitingly infinite, and made me feel like a part of something much bigger than my own introspective art practice."

"Well, it was kind of destiny. I was going to architecture school at the time but I needed credits, so I took painting as art was always my best friend. After that, my love for art grew so much that I changed my career to visual arts, and that's when my interest for the art world took over me. I was still in college when my very good teacher, Carol Levy (RIP), told me about The Wolfsonian because I was desperately looking for a job—and this was before it even became a museum! I had no idea what it was going to be. And then, I fell in love with the collection and with the awesome people I was getting to know. To see this museum today, it's such a trip. I am so fortunate to be here . . . I really hope the trip continues."